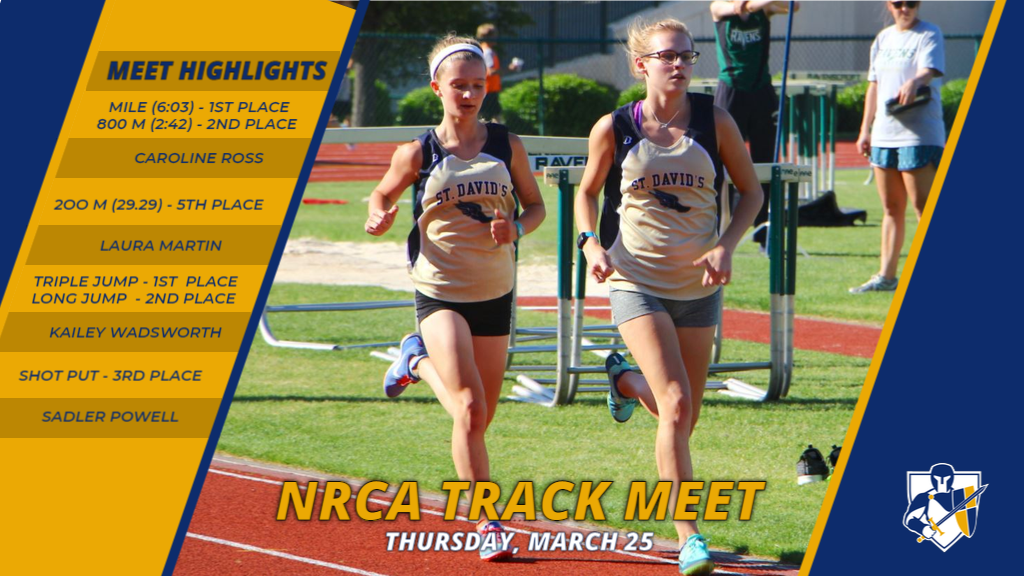 On March 25th, both our male and female Track and Field Warriors took 4th place at North Raleigh Christian Academy. Kailey Wadsworth dominated the field events, taking second place in the long jump and first in the triple jump, flying past her competitors by more than three feet. Jackson Rouser also competed in the long jump, landing in sixth place with a distance of 17’-01”. Sadler Powell tried his hand in the Shot Put and earned third place, throwing a distance of 27’-01”.

For the distance runners, Caroline Ross placed 1st in the mile posting a time of 6:03 and had another strong performance in the 800 meters by placing 2nd with a time of 2:42.  William Fox took sixth place in the 800 meters with a time of 2:20.06. In the 1600, Mason Herr finished seventh with a time of 5:43, followed closely by Will Patrick at 5:49 and William Fox at 5:50. Herr improved immensely from his previous time of 6:15, the key to which he revealed was “focusing on the finish line and nothing else” (Mason Herr ’24).

The sprinters were equally competitive with Alexander Pettifer placing fifth in the 200 meters, followed by Jackson Rouser and Ghiair Chisley in seventh and ninth. The athletes then teamed up with Jack Piner to take third in the 4x100 meter relay, displacing Durham Academy’s team by an impressive nine seconds. Laura Martin started her season with a bang as she took fifth place in the 200 meters with a time of 29.59. “It was a good start,” Martin commented, “and now it’s time to get better. I love the smell of track season” (Laura Martin ’23).

Following Martin’s sage words, the Warriors will continue to dominate next at Ravenscroft on Thursday, April 15th.