There are no events to display 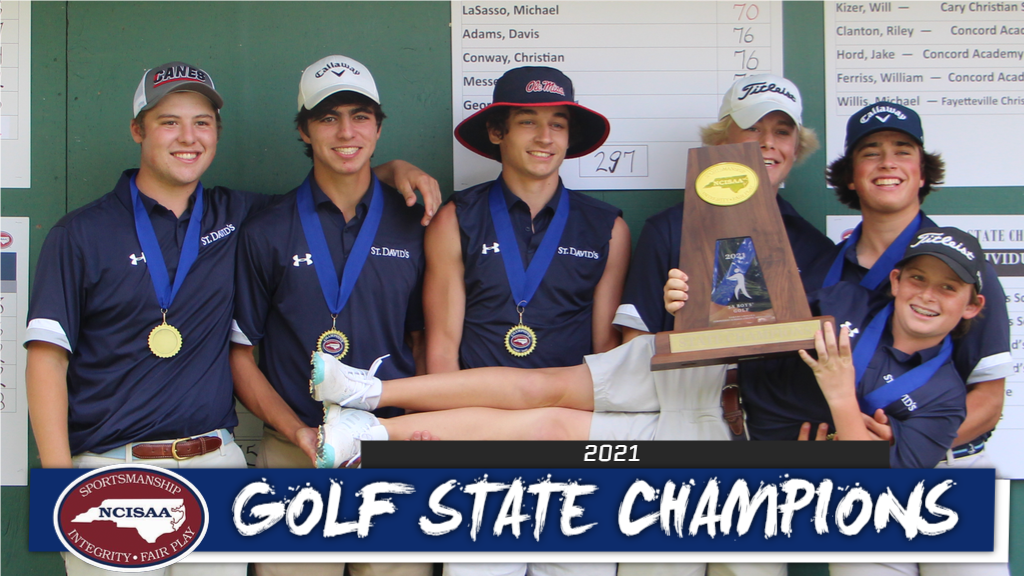 The Warriors traveled to Greensboro for the NCISAA State Golf Tournament on Tuesday.  There were ten Warriors that qualified for the state golf tournament. Michael LaSasso, Davis Adams, Christian Conway, Matt Messenger, Heyward George and Preston Hage turned in a team score of 297 that was 9 strokes better than any other team to win the golf state championship.  Preston Hage had one of the highlights of the state tournament when he teed up on #13 at the Greensboro Golf Club Farm Course and hit a hole-in-one.  Michael LaSasso shot a 2 under par for the day and was the medalist of the state tournament.  This makes the fourth state championship (2016, 2017, 2019, 2021) for the boys golf team.  The NCISAA will be posting all state honors for golf and anticipate several of our Warriors to earn this honor.

MESSENGER COMMITS TO McDANIEL COLLEGE
Ricardo Viera
May 7 2021 12:51 AM 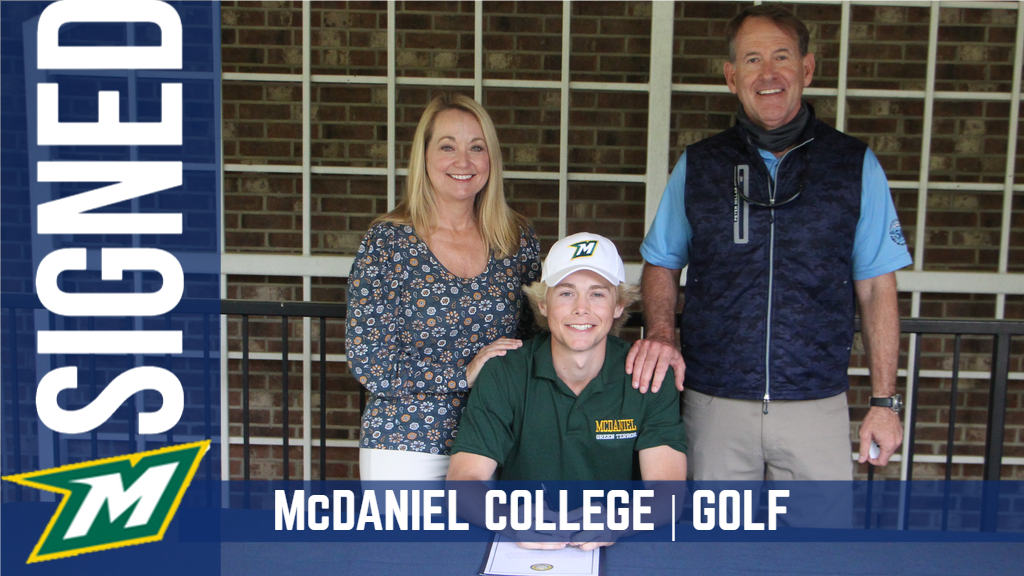 Matt Messenger has committed to McDaniel College to play golf.  Messenger has been a big part of the Warriors success in competing for state championships in golf and looks forward to playing at the collegiate level.  Coach Chris Wilson spoke at the college signing and said, "Matt has been a great leader on our golf team and is someone that players on the team look up to.  They are not just getting a great golfer at McDaniel College  but they are getting a great leader". Messenger looks to lead the Warriors to a State Championship next week in Greensboro. 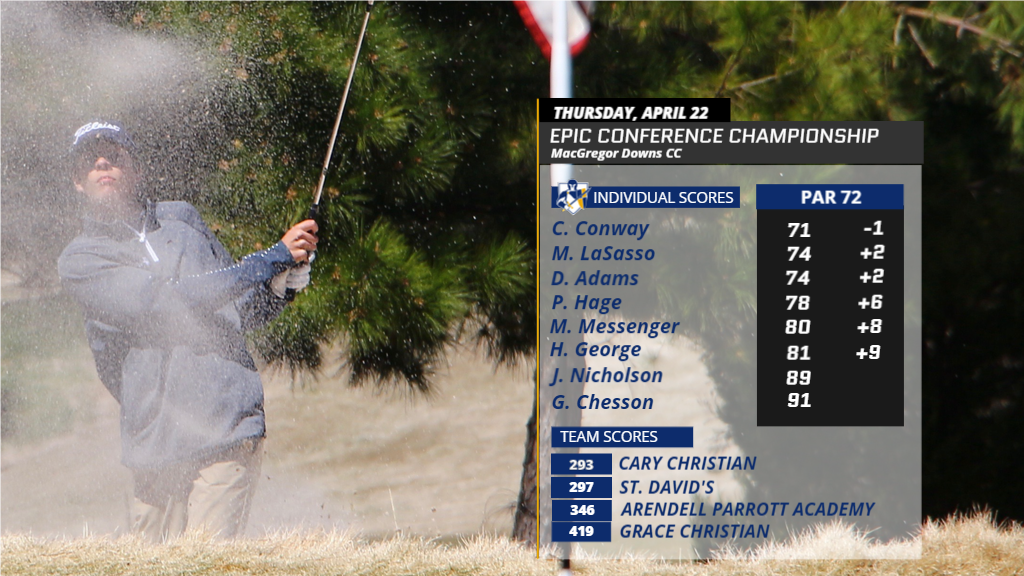 The  EPIC played at MacGregor Downs in Cary, NC for the Conference Championship.  The course played long today, and even longer because of the 15 mph sustained winds.  Our Varsity golfers played well today, and Cary Christian played just a little better. Junior Christian Conway lead the team and continued his under-par scoring with a 1 under par 71 and finished 2nd overall in the championship. Davis Adams and Michael LaSasso came in tied for 4th with 2 over par 74. 7th grader Preston Hage had another good round of 6 over 78, placing 9th overall, to round out our top 4 Warriors.

Named to the EPIC All Conference Team were:

WARRIORS CONTINUE TO DOMINATE IN CONFERENCE
Ricardo Viera
Apr 21 2021 8:51 AM

The Warriors traveled to Prestonwood CC on Tuesday to play host team Cary Academy in a 9 hole match. Golfers played the Meadows Course Front 9.  Warrior Varsity Golfers are on a strong run heading into the Conference Championship later this week, winning today’s match by 16 shots.  At Prestonwood, Junior Star Davis Adams was the medalist of the day with a 4 under par 32(-4). Additionally, other juniors Michael LaSasso and Christian Conway each scored a 2 under par 34(-2), and Senior leader Matt Messenger scored a 38(+2) to round out the Top 4 scores. 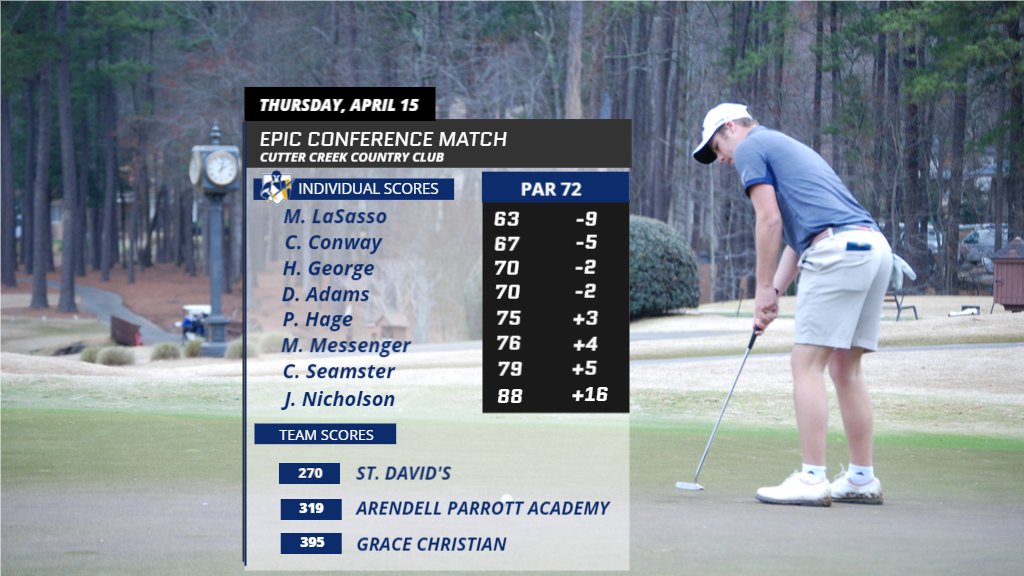 On Thursday, our Varsity Warriors went to Cutter Creek CC in Snow Hill, NC to play in our final regular season EPIC match hosted by Parrott Academy. Playing at almost 6500 yards, wind and a little rain made for a challenging day, but not so much for our Warriors.  Michael LaSasso led the team and was Medalist for the day with a round of 63(9 under par)! This ties his personal best score in competition.  Junior Christian Conway set his own personal best record with a 5 under par 67, and Senior leader Heyward George set a personal record in competition of 2 under par 70.  Davis Adams scored a 2 under par 70, contributing to the BIG day!  7th grade rookie Preston Hage showed he can play with the varsity high schoolers shooting a 3 over par 75. Along with Matt Messenger scoring a 76, and sophomore Christian Seamster shot 79.  All of this resulted in individual records set, and a St. David’s Varsity Golf team and school record match score of 18 under par 270! 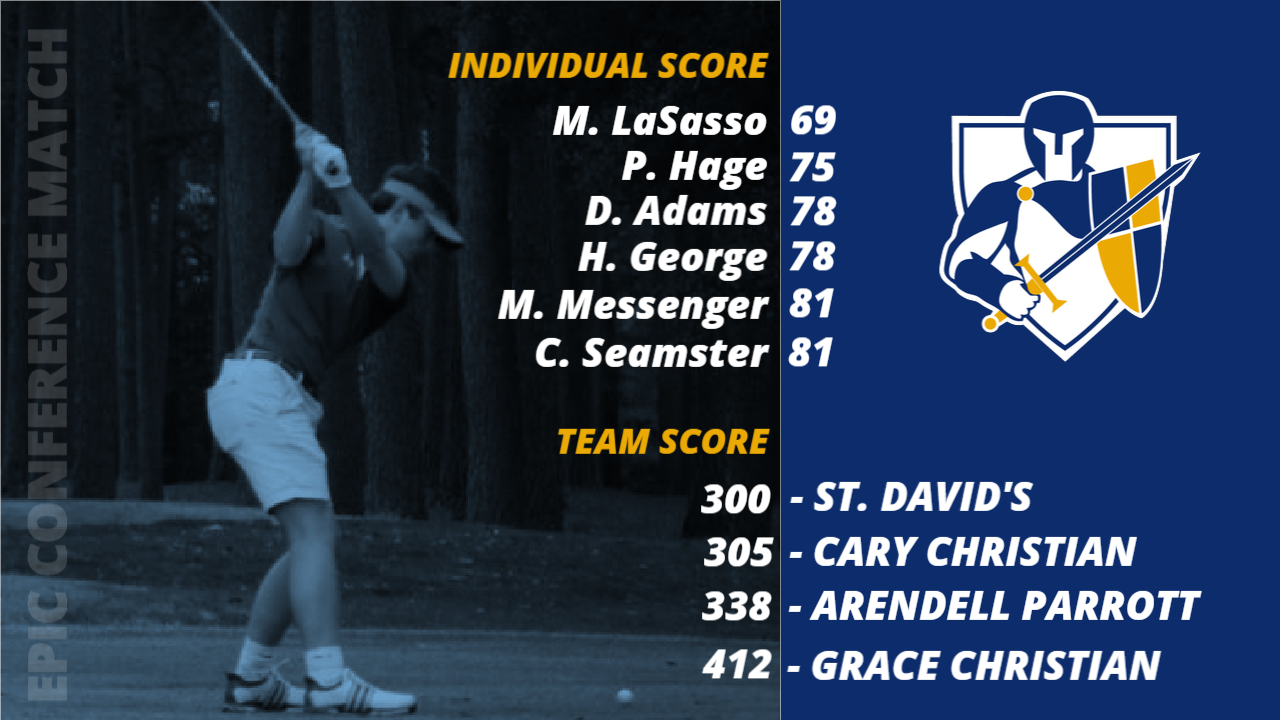 The varsity boys golf team hosted the Eastern Plains Independence Conference (EPIC) golf match on Monday, April 12. at Lonnie Poole Golf Course.  The Warriors played well navigating their home course earning the team win.  Michael LaSasso led the Warriors by hitting 3 under par for the day shooting a 69 and medaling in the conference match.  Another strong performance came from 7th grader Preston Hage by shooting 3 over par for the day with a 75.  The Warriors look to continue their strong play at Cutter Creek Golf Course on Thursday, April 15 in another EPIC conference matchup.