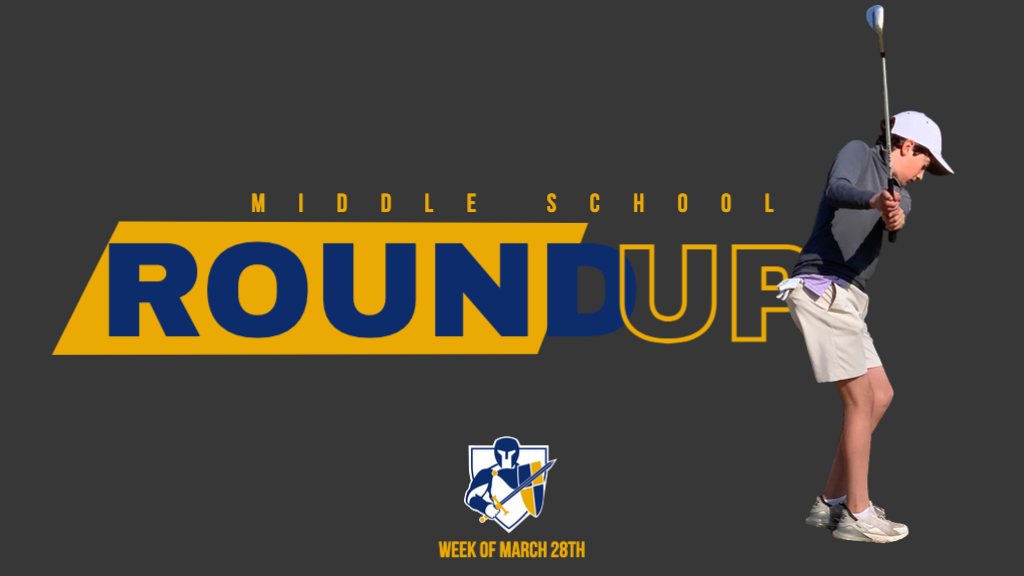 The tennis team played a tough match against St Timothy’s, losing 8-1. The team fought hard against a worthy opponent and saw glimpses of great progress and competition. Forbes Stallings played his most impressive match of the season, winning #3 singles 8-4.

The MS golf team won by 6 strokes over the second place team when they traveled to Raleigh Golf Association. Finishing with a team score of 152, Sheppard McKenzie and James Fisher each shot 36, and Henry Brewer shot 39.

The girls soccer team lost to Trinity Academy with a score of 0-6. Jordan Holmes made some excellent saves and is really looking comfortable in goal. Frances Fischer playing in only her 2nd soccer game did great and is really finding her feet and understanding the game. “Really proud of the effort despite the score and the challenge of playing teams with certainly older and more experienced players”, coach Walston said.

The girls soccer team is struggling with injuries but played Magellan who had sixteen experienced 8th graders and three 7th graders. While the team is young they fought very hard with their limited roster. Jordan Holmes did a great job in goal fighting to keep the barrage of shots out while the defense was similarly tested. Despite having a broken arm and wearing a soft cast, Finley Spivey did a great job in the midfield and Avery Black turned away offensive attacks consistently frustrating Magellan’s offense. “So proud of these girls for coming out and playing for themselves and for me”, said coach Walston. “They have a great deal of heart and I am privileged to be coaching this group of young ladies” he added.

The golf team had a great match vs. St. Michael’s. In anticipation of the rain Thursday they moved their game to Wednesday and the team performed well in the early match-up. Their victory with a final score of 144-157 was another great win for them to build off of. James Fisher shot one under par and Ford Fisher shot even par.

Girls lacrossed played Friday at St. Michael’s and had a great game with high energy, good communication and great team effort. Kacky Chapman and Kate Madison won a number of draw controls. Kacky Chapman, Kackie Koon, and Kate Madison all put some goals on the board. The team’s defense played stellar. Kackie Koon, Martha Godwin, Anderson Monk, Marion Cella and Anna Hauser were huge assets to our game. The team ultimately lost 11-7 but “carry with them a lot of energy and confidence for our next game” said coach Rittenmeyer.