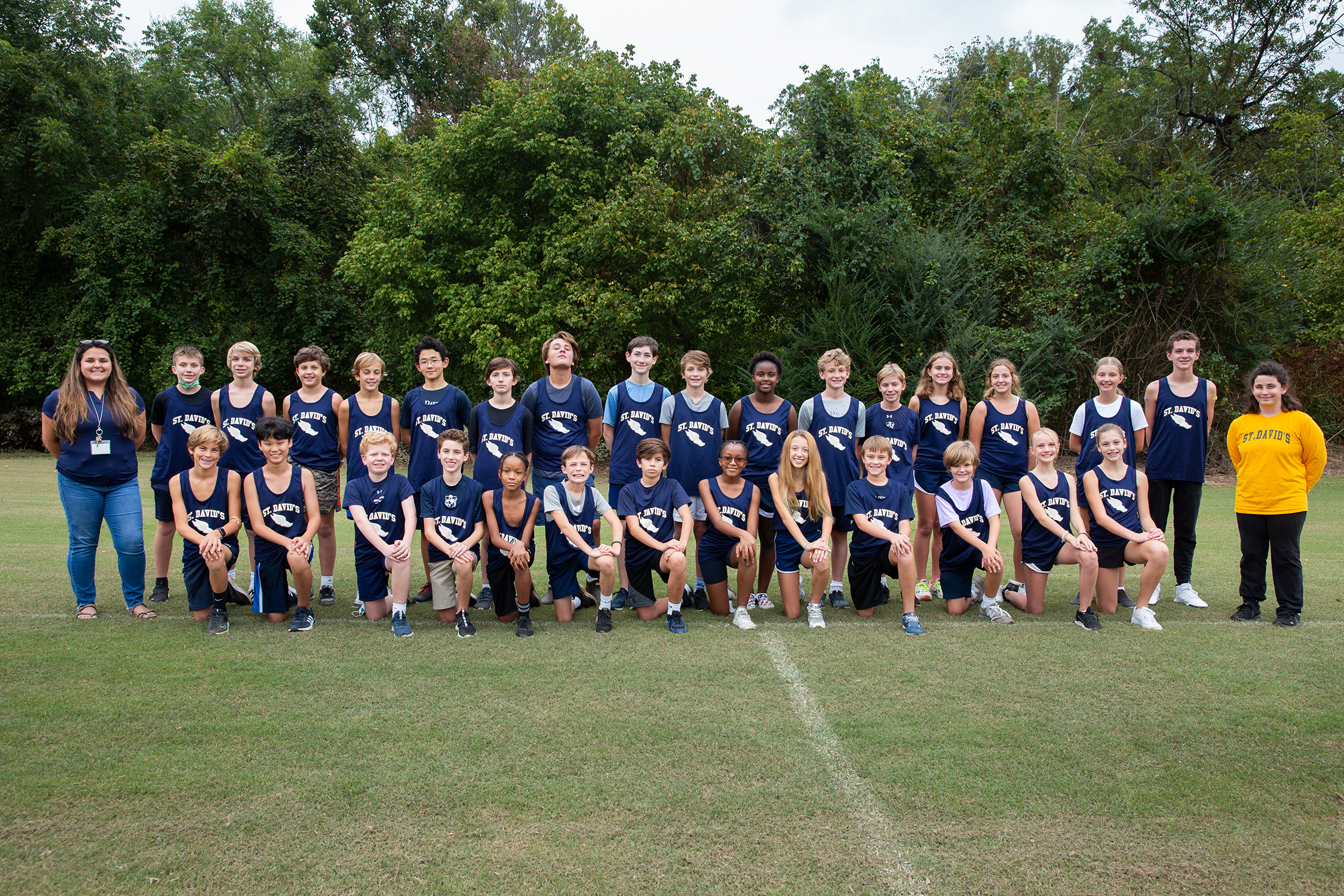 The Middle School Cross Country team competed on Friday, October 8th in their final meet which was the end of season championship where about 8 teams participated. The girls race ran first with Victoria Starling (6th) finishing first among the St. David's crew putting in a time 14:16 and really challenging herself to strive for improvement after a lot of hard work in practice. In the boys race team captain Luke Viera (8th) showed great leadership by cheering on his teammates before, during and after runs in both practices and meets. Charlie Slawinski (7th) and Chandler Rideout (6th) were the first boys to finish and both pushed themselves through the finish line.

St. David's runners encouraged each other and runners on other teams as well and have embodied the St. David's mission all season long and did in their last meet as well. They showed tremendous school spirit and sportsmanship through the duration of both races.

Coach Lena Olsen said their "St. David's middle school cross country runners proudly ended the season with huge improvements all around. Every runner decreased their mile time from the beginning of the season to the end; many dropping over 2 minutes minutes! These runners began the season running two laps around St. David's campus as their main workout. They finished the season with the ability to run 6-7 laps around the campus. By the end of the season, these students had grown in so many ways. They pushed themselves physically, mentally, and spiritually all season and have seen tremendous results that they should be so proud of. It has been a privledge be a coach for such a enthusiastic, determined, and fun group of runners. We are all looking forward to next year! Go Warriors!!"